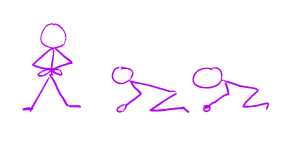 In the first post in this challenge series, I came up with 3 frustrations. I will start with the issues I have with authority. Giving somebody authority leads to obedience. It will lead to team members bowing down against their own judgement. I have personally experienced this on both sides of authority and am frustrated with authority and obedience. Time to turn frustration into positive energy and do something about it!

When I came in, the team was a loose set of individuals. They were spread over 3 different physical locations. They were in 2 timezones, 3.5 hours apart. I started by taking away some simple barriers. I digitized the scrum board so that everyone could see what was going on. The Dutch team members started really early, at 7:00. The Indian team members started late, at 10:30. This way we could make the most of the time together. We started pair programming like we ment it. Over the course of several weeks, the team was really starting teamwork.

I will not take all the credits here, the Team Lead was on board. We started to clash however when I proposed and ran a workshop with the team. I felt there was uncertainty around “who does what?”. 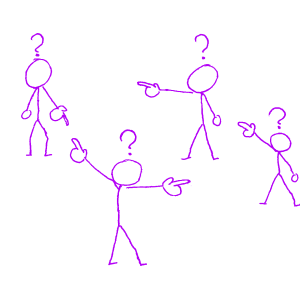 I discussed with the Team Lead and Product Owner and we started a roles & responsibilities session. I asked everyone to write down what our team was responsible for. During this exercise the Team Lead started to object. This was old school management he said, not fit for an agile environment. I convinced him to continue and we combined all of our postits to a unique list of responsibilities. Then we started the next phase of the workshop. The team was asked to indicate who should take up which responsibility. The plan was to have discussions about the distributions and come to a common understanding. The first responsibility that was chosen was “performance review of team members”. This was created by the Indian team members. They assigned that postit to the Product Owner, thinking he would write their appraisals. This led to a very interesting culture discussion, the Product Owner disagreed completely. We were all equals he said, just with different responsibilities. After a 10 minute discussion, the point was clear. Performance reviews were coming from their Indian manager, not our Product Owner or Team Lead.

After that was cleared up, the Team Lead had had enough and stopped the session. This was too much old school management he said and left the room frustrated. We did not continue the session afterwards, he refused to continue.

I keep playing back this situation in my mind. It’s not keeping me awake at night, but I do wonder what happened. I saw an issue and tried to tackle it. The Team Lead did not like what he saw and stopped me dead in my tracks. The issues around “who does what?” continued afterwards of course. The uncertainty in the team was not gone. I did stop insisting we fix it, I accepted the authority of the Team Lead. We were under a lot of pressure to deliver and I simply decided to develop software. This situation remains a frustration about myself though. I did not perform to my best capabilities in that team.

Authority is an issue?

Now let’s get back to the title of this post: my issues with authority. I am not saying that either of us handled the above situation perfectly. What I am saying, is that because of the Team Leads authority, I did not perform well. That was also my fault, I accepted his authority. Had there been no authority difference, I would have insisted and tried to persuade. That would have led to a discussion. I could have been won over or I could have shown why I wanted to do this so badly and could have changed his mind.

So I ask myself and you:

Is authority a bad thing? Can we live and work without authority?

The immediate answer that comes to mind is: no. I have an almost 2 year old son. He needs someone to tell him not to step on the street if a car is approaching. He would not live long if I tried to convince him to stay on the pave walk. I can see what is going to happen, he cannot. He needs a firm hand and a decision from me.

The next answer that comes to mind is also: no. If I have a responsibility and a job to do, I don’t want to have to defend every decision I make. Some decisions are a matter of flavor. My taste may be different than yours, I would rather have my way then. At the same time, it’s really inefficient to have debates over every decision.

I do have to persist though. I did not like how I reacted to someone else’s authority. There is an issue here and I want to get to the bottom of it. I have decided to write 2 more posts about this topic. The second post will be about the definition of authority and the science that is in play. The third post will hopefully provide some inspiration on how to combat the core of this issue.

I will be researching and studying on authority next. Do you have any info on the topic? What is your opinion?

Comment2 | Share | Tweet | Share | print | email
Category: Leadership challenge
Disclosure of Material Connection: Some of the links in the post above are “affiliate links.” This means if you click on the link and purchase the item, I will receive an affiliate commission. Regardless, I only recommend products or services I use personally and believe will add value to my readers. I am disclosing this in accordance with the Federal Trade Commission’s 16 CFR, Part 255: “Guides Concerning the Use of Endorsements and Testimonials in Advertising.”